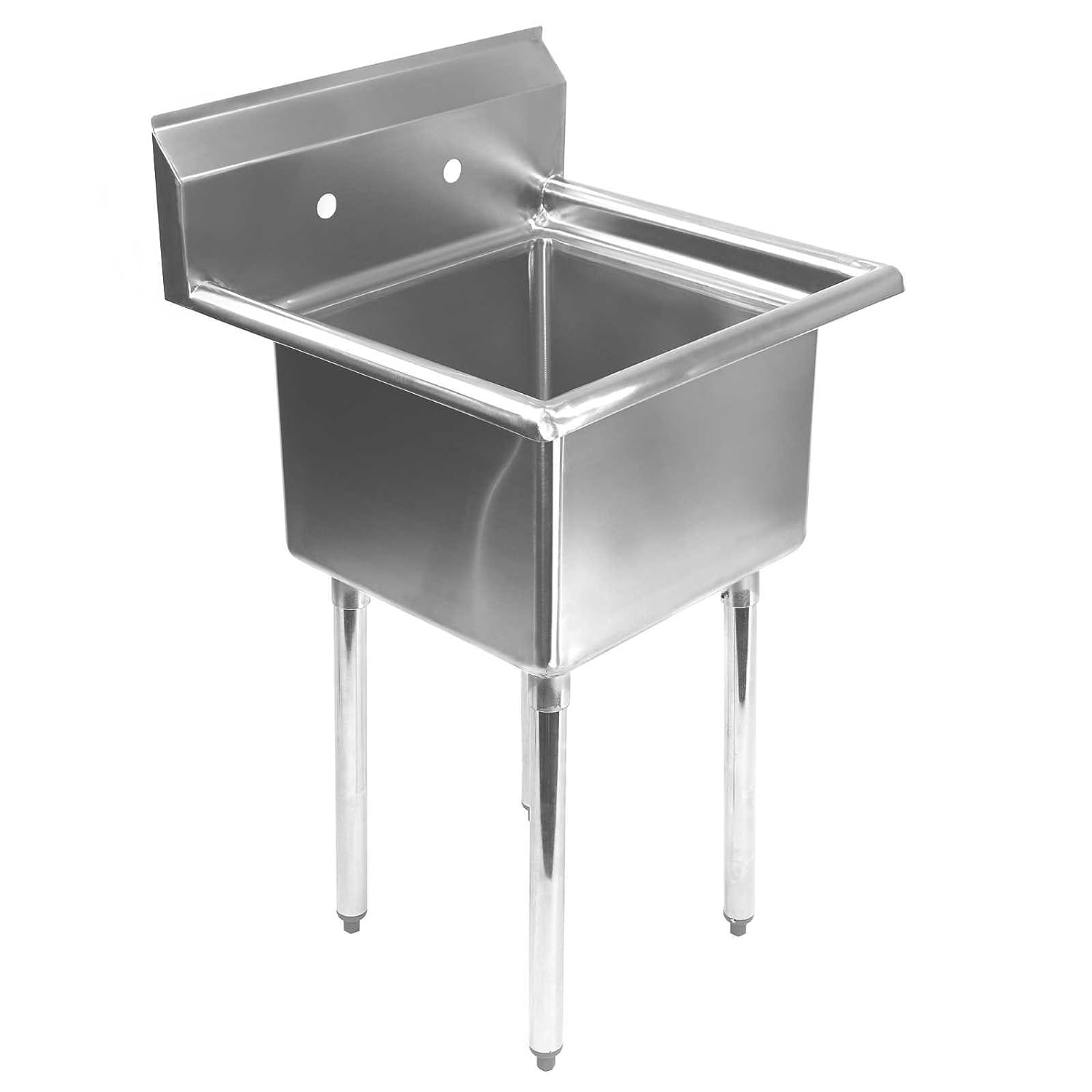 Can you imagine a commercial kitchen sink priced well cheaper than an average home-use kitchen sink? If not, you’re in for a surprise!

The Gridmann 1 Compartment Commercial Kitchen Sink is probably the cheapest commercial sink on the market. However, that’s not to be mistaken for a poor quality.

Gridmann is a very reputed brand when it comes to kitchen products and has a history of offering nothing but quality, affordable kitchen sinks. And the Gridmann 1, too, is certainly no exception.

There are a couple flaws with it, though, but its pros heavily outweigh them. Let us give you a more detailed idea of what we mean below.

Perfect for Commercial Use

If you’re wondering whether a sink this cheap would actually be fit for commercial use, then let us tell you that the Gridmann 1 Compartment is NSW certified and designed for heavy-duty use. It’s capable of handling pretty much everything you would typically throw at a commercial sink, and would still hold up surprisingly well for years.

One of the customers mentioned how deep it is, saying that they dumped a 5 gallon bucket of water into it without a single splash on the ground. They also went on to add that they have had two plumbers take a look at it, and they both really liked it.

In other words, you could say that the Gridmann 1 Compartment is something the professionals would recommend with no hesitation. After all, it’s made of 18 gauge stainless steel and built to last a lifetime. 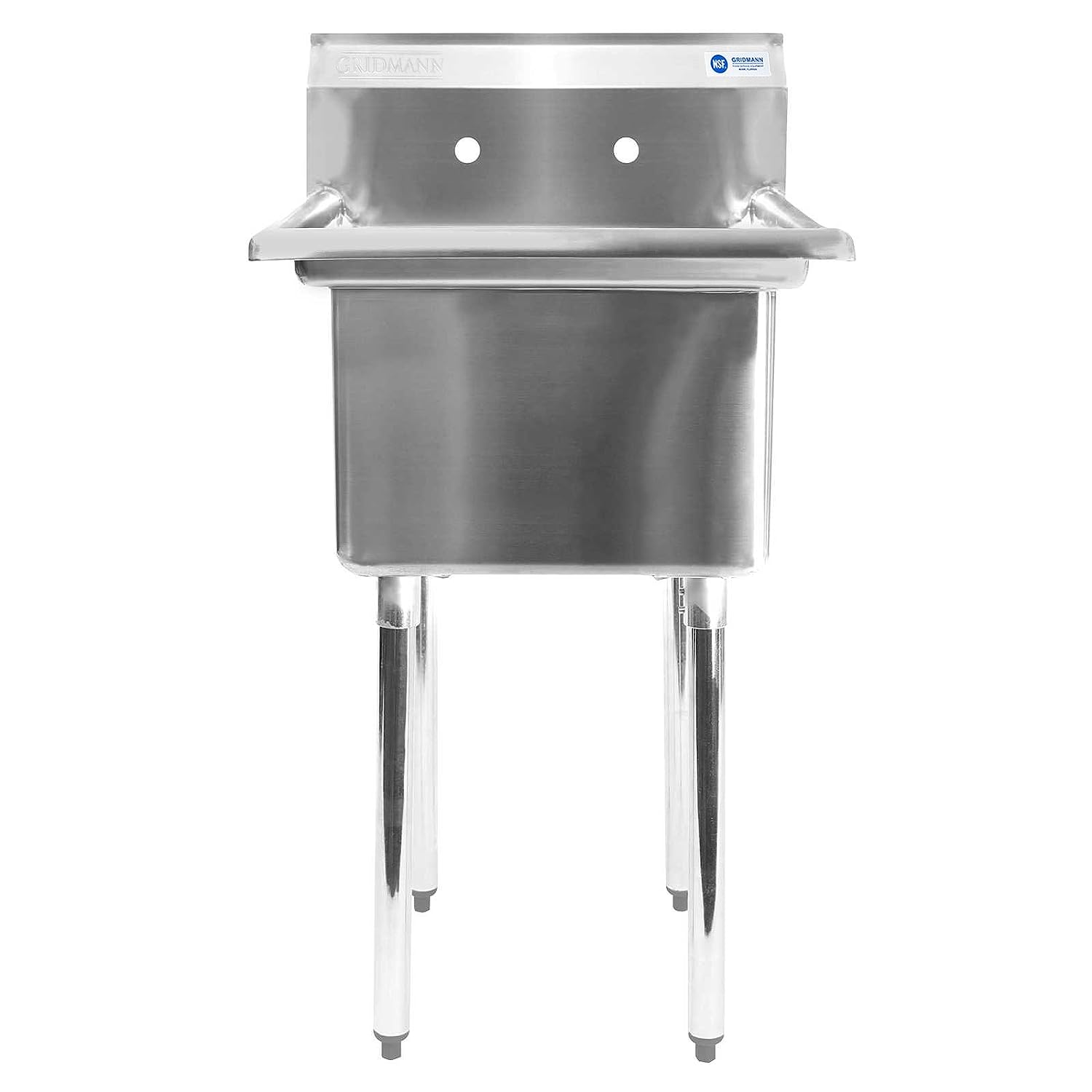 You would be pleased to know that you don’t have to compromise at all as far as the functionality is concerned, despite paying a steal price for this sink. It offers plenty of space for high-volume washing, while having a 10” tall backsplash to allow for a wall-mount faucet (it doesn’t come with a faucet, though).

Also, its edges are well-rounded, which makes the cleaning and maintenance surprisingly easy for a commercial sink. Its legs, too, have adjustable feet that would help it stand still without wobbling even on uneven surfaces.

While we wouldn’t say it’s the sturdiest commercial kitchen sink you can buy, it’s definitely hard to beat for the price. Many of the customers that bought it use it as a laundry sink, and it works great at that. However, there’s no reason why it wouldn’t work well for other types of commercial settings as well. 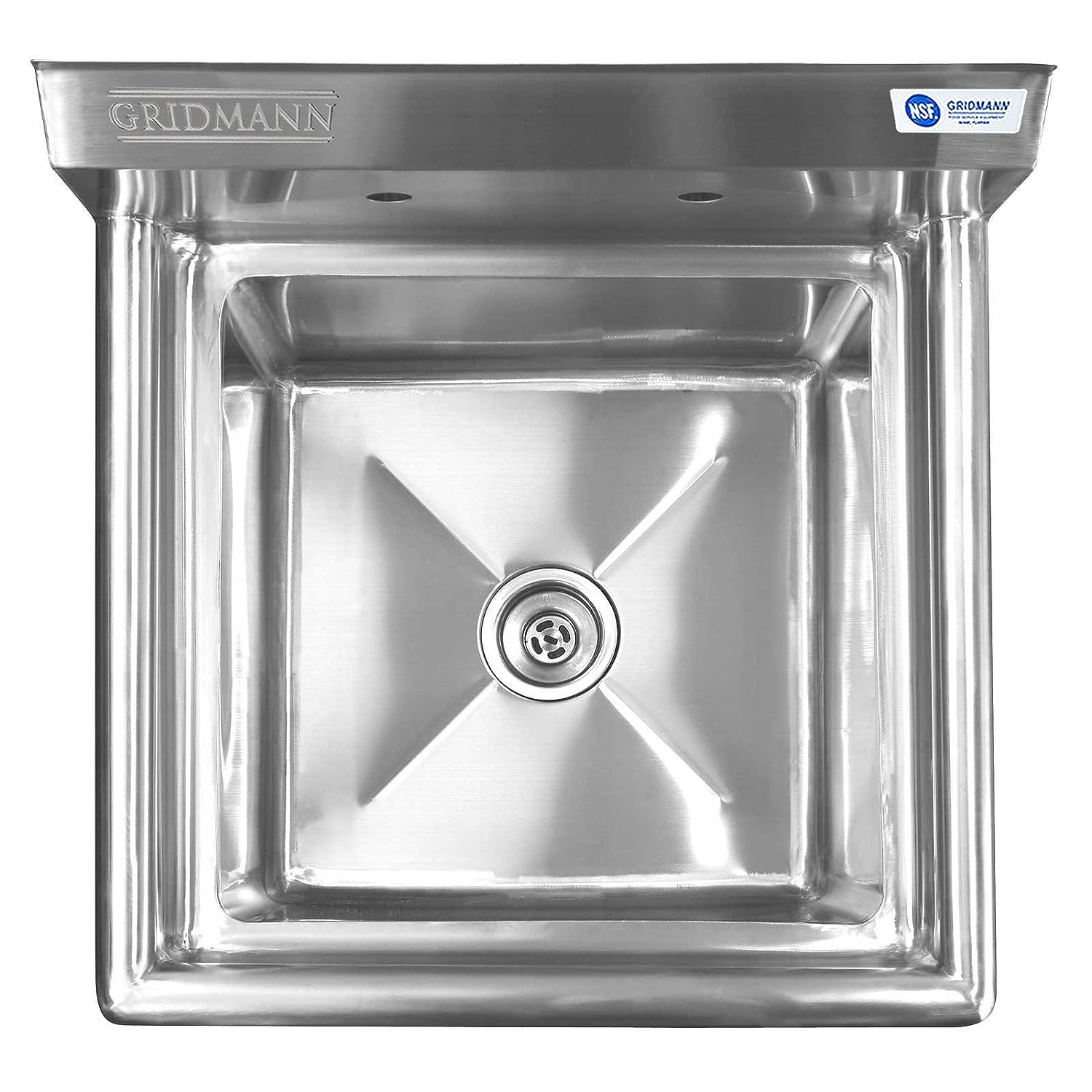 It wouldn’t be fair to say that you’re getting a ‘perfect’ product here. The Gridmann 1 Compartment is priced incredibly low despite its commercial capabilities, so there’s bound to be a trade-off.

The first issue is the poor packaging. While it may not be a major issue, it does seem to be causing a small amount of damage to the product in some cases; although many others get their product delivered without any such issues.

You will also be disappointed if you expect it to be very attractive and come in a superior, luxurious finish. Although it will probably work great as a commercial sink, avoiding those scratches and deteriorating finish is not going to be a possibility. However, this is probably something that’s common with many commercial sinks and is something hard to avoid unless you’re willing to pay top dollar for a commercial sink.

Then some customers also seem to complain about the legs being a little flimsy, but it’s perhaps them being a little unfair with their expectations. With products that offer so much for so less, not everything is going to be perfect.

You should also check out our reviews of other utility sinks: